The 3rd exhibition hall, ‘Struggles for National Rights,’ covers the National Sovereignty Restoration Movement which is represented by the Uibyeong (righteous army) Movement and the Enlightenment Movement. You can view the beginning, middle and last period of the Uibyeong Movement which occurred around the nation by the Korean nobleman scholars.

You can also view the movements of patriots and martyrs like the Great Martyr Ahn Jungguen who sacrificed themselves and punished the traitors and invaders. 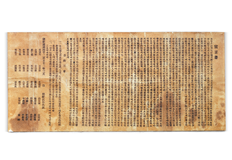 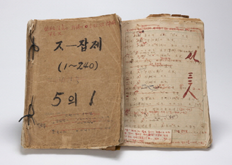 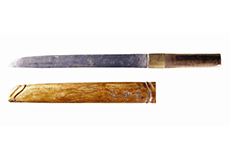 A Book about Rioters 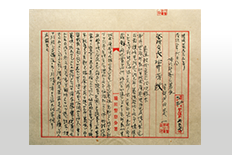 Book which collected vast report documents of Righteous Army oppression activities of Japanese Army and police located in each area from August 1907 to August 1910. 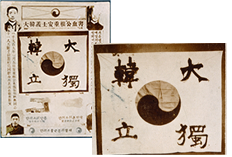 A postcard made with blood writings of patriot Ahn, Junggeun, pledging his devotion to independence of Korea, after he established ‘Dongeuidanjihoe’ (finger-cutting federation) with 11 comrades in Yeonchu, the maritime Province of Siberia.

The Will of Min, Yeong-hwan 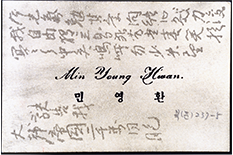 ‘Written will to 20 million compatriots’ which Min, Yeong-hwan, military officer chief in attendance on the king, wrote in his name card in his suicide protesting against ‘Eulsa Illegal Treaty’. 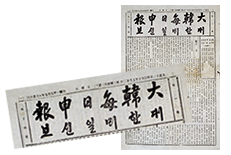 Newspaper established by Englishman Earnest. T. Bethel and Yang, Gi-tak on July 18, 1904, which commanded brave power of the pen for independence at the forefront of anti-Japanese struggle.

Confidential document which was reported while investigating the status of national debt repayment money subscription status by Maruyama, police advisor of Residency-General on August 22, 1907.