You can view the establishment features and activities of the Korean Provisional Government which was the pivotal institution for national movements regarding the protection of the Korean language and national education where various people such as students, women, laborers and farmers participated in order to stand up against Japan’s policy to eradicate the Korean culture.

The Song of People’s Resistance 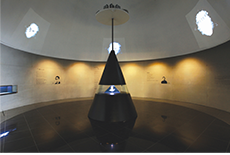 Dome-shaped symbol is installed in this area to display flame clips and resistance poem. The most typical resistance
poems are played with the background music inside the dome to create a pious atmosphere. Also, the move clip ‘Inextinguishable Flame’ which can be seen from a 360 degree directions is played in order to symbolize Korean people’s will of resistance.

This is the manuscript of Korean dictionary that the Korean language academy created and modified from 1929 to 1942. (National Record Properties No. 4) 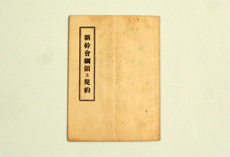 Singanhoe was formed to achieve complete independence of Korea transcending political ideas of left and right wing in 1927. This is the doctrine and rule of Singanhoe. 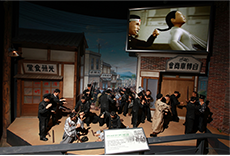 This shows the beginning of the Gwangju Students Independence Movement to the advancement toward the development and proliferation stage. 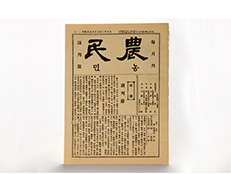 This magazine was published to inspire and enlighten farmers’ status at that time to promote development of village. 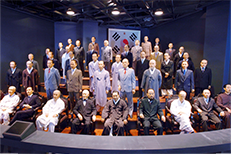 Major figures of the Korean Provisional Government, the first democratic government as well as the supreme organization of independence movement established after the March 1st Movement. 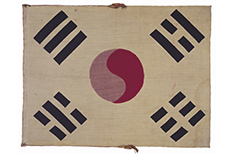 The 5th Amendment to the Provisional Constitution of Korea / 1944 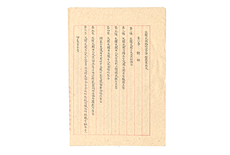 The 5th Amendment to the Provisional Constitution of Korea was the 5th revised constitution, which introduced premier and vice premier system.