The 2nd exhibition Hall, ‘Ordeal of the Korean People,’ covers the period from the 1860’s to the 1940’s which is from the Korea’s first step towards modernization to the Japanese colonization period. After the flow of changes in the modernization period and the revolutionary period to become a sovereign nation, Korea’s long history was interrupted by the Japanese invasion.

You can view the struggles of the loss of national sovereignty. You can also see the distortion of the history of neighboring nations that still exist today.

The First Issue of Dongnip Shinmun (The Independent) / 1896 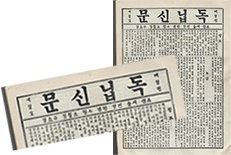 The First Issue of Dongnip Shinmun, which was the first Korean newspaper published by private sector.
The First Issue was published in 4 pages on April 7, 1896. (The first year of Geonyang) 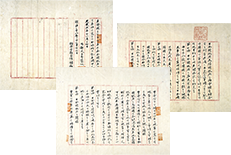 Illegal treaty by which diplomatic right of Korean Empire was deprived by the enforcement of Ito Hirobumi, special envoy of Japanese Emperor, to Korean government cabinet on November 17, 1905. 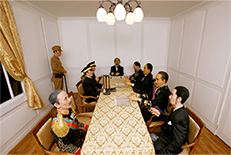 Japanese Imperialism enforced Eulsa illegal treaty to deprive the Great Empire of Korea of its diplomatic right in Joongmyungjeon of Gyeongwoon palace on November 17, 1905. 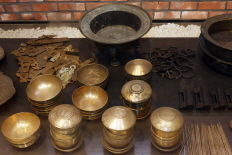 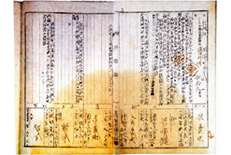 Census register compelled to change its name to ‘Hiroyama Hong’ from its Korean name of Hong, Soon-ryong living in 29, Myungryoonjung, Jongro-gu, Gteongseog-bu.
Japanese Imperialism even compelled Korean name to be changed to Japanese name.

The Oath of Imperial Subjects and the Base Stone 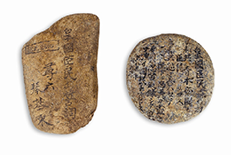 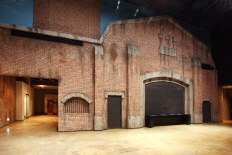 Prison in the period of Japanese occupation is one of representative colonial institutions where Koreans were oppressed and coerced. The Japanese Government General of Korea established many prisons to prevent independence movement of Koreans and arrested and oppressed them. Independence activists arrested by Japanese police suffered various tortures and severe punishment in the prison and some even died in the prison as martyrs. Oppressions to Koreans continued for a long time during the Japanese occupation, but Koreans’ will and aspiration for the independence never ceased to continue.