Dokdo is an officially annexed islet of Ulleung Island with an administrative district address of Gyeongsangbukdo, Ulleung-gun, Ulleung-eup, Dokdo-ri, postal code 799-805. With two large east and west islets and 89 annexed islets, it has a total area of 187,453㎡ with the east islet being 73,297㎡, the west islet 88,639㎡, and the other islets being 25,517㎡.

In October 1900, the Korean Empire formally annexed Dokdo under the jurisdiction of Uldo County in Royal Edict No. 41. The edict referred to Dokdo as Seok Island in Chinese characters. From 1880 onward when the Korean government began reclamation of Ulleung Island, the majority of those who crossed over the East Sea were from Jeolla province, and could see an islet of rocks from Ulleung Island on a clear day. Thus, they called the islet ‘Dokdo’ or ‘Dokseom,’ meaning rock islet in their dialect, the same meaning of Seok Island written in the edict in Chinese characters. In addition, ‘Dokdo’ was written in Chinese characters (獨島) that preserved its pronunciation in the Jeolla dialect. This is the origin of Dokdo in the Korean language, or Dokdo, in English.

These facts show that the Korean Empire exercised sovereignty over Dokdo. This legal action(i.e. the edict) preceded Japan’s incorporation of Dokdo into Shimane Prefecture in February 1906 by changing the name of Dokdo to Takeshima. Therefore, Japan’s decision to annex Dokdo into Shimane Prefecture under the rationale that ‘There is no evidence that Dokdo was governed by other countries’ was null to begin with. There are also many instances in literature in the time of the Joseon Dynasty that prove Dokdo is Korean territory. Dokdo is mentioned under the name of Usan Island in ‘the Geographical Annex’ to the Annals of King Sejong (Sejong silrok jiriji 1454), Augmented Geographical Survey of the Eastern Nation (Sinjeung dongguk yeoji seungram, 1530), and ‘Geographical Reflection’ in the Encyclopedia of Korea (Dongguk munheonbigo yeojigo, 1770) written by Shin Kyeongjun and Handbook of State Affairs (Mangi yoram, 1808), etc.. Contemporary records in Japan also indicate that Usan Island is indeed Dokdo. The Japanese name for Dokdo, Matsushima, is described as ‘the island that Joseon calls Usan Island.’

Moreover, even Japanese records indicate that Dokdo is Korean territory. The Complete Record of Viewing Onsh? (Onsh? shich? g?ki, 1667) notes that Japan’s northwestern boundary ends at Onsh? in recognition of Dokdo as Korean territory. Hayashi Shihei’s ‘Map of Three Adjoining Countries’ (Sanogku setsujy? nozu) published in 1785 locates Ulleung Island and Usan Island (Dokdo) as Korean territory. This is especially significant as the Japanese shogunate officially used this map after opening its ports. On top of this, the Records of Joseon Ship Landings in the Ninth Year of Genroku (1696) which detail the activities of Ahn Yongbok, mentions that Ahn said ‘The distance between Joseon and Ulleung Island is thirty li (a traditional Japanese unit of distance measuring about 2.5 mile), and the distance between Ulleung Island and Dokdo is fifty li.’

Modern Japanese government records with the highly developed consciousness of territory are no exception. In 1887, Daij?kan, the contemporary highest governmental office, issued a directive answering ‘The Question of How to Compile the Land Registration Map Regarding Takeshima (i.e. Ulleung Island) and Another Island,’ stating: ‘Keep in mind that Takeshima (i.e. Ulleung Island) and another island bear no relation to Japan’ with an attached map of Ulleung Island and Dokdo, clearly showing that another island referred to Dokdo.

It was in 1906 that Korea became aware that Japan had incorporated Dokdo into Shimane prefecture. At that time, the Ulldo County governor documentarily reported this iniquity to the central government, resulting in a backlash towards the Japanese measure from the Korean press. However, with the signature of the Protectorate Treaty on November 17, 1905, Korea was stripped of its diplomatic rights. Soon after Korea was colonized in 1910, and thus the issue of Dokdo came to nothing.

Following liberation, Korea recovered its dominium over Dokdo. In January 1946, Supreme Commander for the Allied Powers Instruction Note (SCAPIN) No. 677 stipulated Jeju Island, Ulleung Island and Dokdo(Liancourt Rocks) adjacent to Korean peninsula as territories which Japan would return to Korea. Also, on June 22nd that year, SCAPIN Order No. 1033 prohibited Japanese fishermen from approaching within 12 miles of Dokdo. 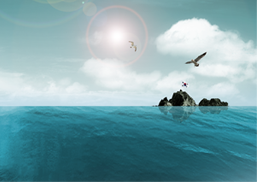 Nonetheless, Japan persistently shows its ambition to plunder Dokdo. In 1947, Japan published a pamphlet saying Dokdo was Japanese territory, offering it for the reference of the US State Department. Japan also engaged in diplomatic activities to achieve its ends through William. J. Sebald, the head of the Diplomatic Section of SCAP.

With the communist takeover of China in 1949 and the outbreak of the Korean War in 1950, the US, feeling a sense of crisis regarding the situation in East Asia, accepted Japan’s demands in the San Francisco Peace Treaty and omitted Dokdo among the territories which Japan would return to Korea.

However, Korea could not recognize the validity of the treaty as Korea was excluded as a contracting party despite being a country directly concerned. In protest against this, President Rhee Syngman ran the ‘Declaration of Sovereignty over Adjacent Seas’ on January 18, 1952 in The Official Gazette of the Republic of Korea which declared Dokdo as Korean territory. Following, US Secretary of State Dulles in a classified memo (dated December 9th, 1953) stated ‘The view that Dokdo is Japanese territory is only one country’s claim out of those of many signatories to the San Francisco Peace Treaty.’

Since 1954, Japan has insisted on taking the issue of Dokdo to the International Court of Justice and since the enactment of Takeshima Day in 2005, the country has strengthened its farfetched argument.

However, it is clear from the above facts there is no room for dissent that Dokdo is Korean territory.

Dokdo was the first territory plundered by Japan before the 1910 Japanese occupation and along with the East Sea in which it is situated, returned to Korea upon liberation from Japanese colonialism in 1945. Korea defends Dokdo because it is Korean territory. There can be no compromise over Dokdo.